As countless patients across the globe can attest, medicinal cannabis has transformative power. There is an abundance of medicinal patients in the UK whose voices deserve to be heard.

Their struggles and triumphs highlight why this medicine is essential and why patients deserve NHS access to their prescriptions.

Martin O’Neill enjoys walking along the sandy beaches of his home on scenic Jersey island. But just a few short years ago, such a feat would’ve been impossible.

In 2014, when he was 33, Martin had a surgical mesh implanted for an inguinal hernia. The mesh shrunk and fused to his pubic bone and ligaments, causing uncontrollable muscle spasms, chronic inflammation, and muscle pain. He battled intense pain and struggled to walk and leave his house.

In an attempt to quell Martin’s severe muscle spasms and pain, doctors prescribed ketamine, benzodiazepines, and opiates, which he took on a daily basis. Still, his pain was so intense that he frequently required ketamine and midazolam infusions in intensive care.

Martin often spent days in the ICU, drifting in and out of consciousness, only for his muscle spasms to resume upon waking up.

At one point, he was intentionally paralyzed from the waist down – just to give him a break from the pain. He went into intensive care screaming in agony, then woke up days later unable to feel or move his legs. This happened four more times.

Yet despite all this, Martin’s muscle spasms continued with little relief.

“I begged the hospital to paralyse or kill me,” says Martin.

Martin underwent multiple corrective surgeries and pain-relieving surgeries. He cycled through a multitude of medications, all to no avail. Then he discovered medical cannabis after learning of Charlotte and Billy Caldwell’s story on TV – just as Billy had his Medical Cannabis confiscated London Heathrow Airport June 2018 . Within days his life saving medicine was returned which changed outdated , unjust UK Cannabis Law , November 2018.

Martin was initially sceptical about the efficacy of medical cannabis. If all of his medication from the hospital wasn’t working, then what could cannabis do? But Billy’s story intrigued him, so he sought out a private clinician willing to prescribe it.

In 2019, Martin tried medical cannabis for the first time. After his first treatment, Martin’s muscle spasms instantly stopped. An hour later, he says it was like it had never happened. “It was surreal. It was wonderful… I was like… wow! Something might work here.”

Three years later, Martin enjoys a whole new quality of life. He can leave the house again and enjoy walks along the beach–activities his intense muscle spasms and pain would’ve prevented.

Yet despite the relief that medical cannabis brought, Martin couldn’t fulfil his prescription through the NHS.

Martin’s prescription currently costs ₤1,200.00 per month to fulfil through a private clinic. The high cost means that he has to monitor his doses closely. Some months, he has to stretch his prescription. Martin can only access his life-saving medicine thanks to the generosity of a private entity through the I Am Billy Foundation’s Compassionate Access Program.

Without this support, Martin would be blue lighted regularly back to the ICU and back on ketamine, midazolam, and opiate infusions–which would cost the NHS thousands of pounds per day. Not only is this unsustainable for our wonderful NHS, but it’s also unsustainable for Martin’s life, health, and well-being.

It’s why Martin advocates for change within the NHS to make cannabis-based medicines more accessible and affordable for other patients like him.

Changing the narrative in the UK

Under the current UK law, general practitioners can’t prescribe medical cannabis. Only specialist clinicians can write a prescription, and many are reluctant to do so.

In a 2019 review, the NHS cited a lack of clinical trial data on the safety and efficacy of medical cannabis as part of the hesitancy to prescribe. Many NHS specialists aren’t familiar with how cannabis-based medicines work or how they will affect different patients. As a result, they’re understandably reluctant to prescribe them.

This barrier is something that I AM Billy hopes to change through fit-for-purpose clinical trials and studies, which aim to gather evidence that NHS practitioners need to prescribe medicinal cannabis confidently.

According to Martin, making medicinal cannabis more accessible on the NHS is imperative. Otherwise, many patients who could potentially benefit from treatment will be left by the wayside due to the cost.

“We need government controls on this medicine. If it’s left in private hands, it will remain out of reach to the thousands of vulnerable chronically Ill patients who desperately need it. All of us have to be together. Patients, doctors  and government and Licensed Producers must unite … If we can create this community and openly discuss it, we can build a solid foundation for future generations.”

“If this medicine is being taxed,at least half of the taxes must be given back to the chronically ill. It isn’t right that even more profit is generated for Governmmet, Private investors, whilst sick patients are paying for this. It’s so brazenly wrong”

Martin envisions a future where UK patients will one day receive medical cannabis prescriptions directly from their GPs. But Martin also stresses that patients don’t steer the doctors down the wrong prescription path. “We as patients wouldn’t want a medicine that doesn’t do what we need it to do,” he explains. Instead, patients and doctors should share open dialogue about possible treatment options and ultimately come to a mutually agreed-upon care plan.

For Martin, that care plan is medicinal cannabis. Although he says it’s not without its drawbacks.

Martin says that his cannabis-based medicine sometimes leaves him feeling foggy-headed. His transparency and honesty about his cannabis-based medicine is incredibly important. But despite this, Martin attests that the pros far outweigh the cons. Drug infusions left him in a “zombie-like state” while he still suffered from excruciating pain and spasms.

“Without cannabis, I wouldn’t be out walking. I wouldn’t have the smile I have today… It’s a complete change of life.”

Today, instead of spending his days in ICU, you can find Martin journaling on the beaches of Jersey Island or catching up on his latest book. He’s a fan of poetry and finds that writing helps him clear his head and parse his thoughts.

Looking back, Martin is able to process his patient journey and come to terms with what he went through:

“It was hard. It was surreal. It was courageous. It was all of these things. But at the same time, it was a necessity. It was just what I had to do… I wouldn’t say I’m brave. I’d just say that I crawled  through one day at a time, and today I am immensely humbled and grateful to have found a medicine that actually works.“

Martin continues to advocate for other victims of surgical mesh complications to be heard and listened to. He encourages other men to stand alongside women and speak out about what they’ve endured: “[It’s] abominable what these women go through, and none of the men have stood beside them. I think it’s time that we change the tides on that. Men will speak to me because I’m a man who’s spoken out… Men need to take cues from women and actively stand beside them.”

Martin may not consider himself courageous, but we think he’s one of the bravest patients we know.

If you’d like to share your thoughts, experiences, or ideas on medicinal cannabis, visit I Am Billy to amplify your voice. 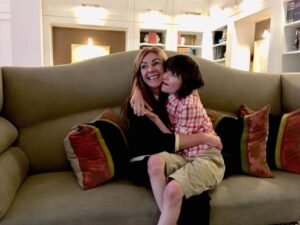 The perceptions of medicinal cannabis are  changing. From a plant stigmatised to a greater number of people discovering its health benefits.  So what are the next steps for opening

© I am Billy. All Rights Reserved.